Find this article at:
go.ncsu.edu/readext?858324
— Written By Steve Pettis
We have been getting calls over the past couple of years about large red and black ants that are creating low mounds in lawns and flowerbeds. There are literally thousands of species of ants and even experts have a hard time telling them apart. Luckily for us, we have one of the best entomologists in the country at our disposal. Matt Bertone, PhD. works in our NC State Plant Diagnostics Lab and is a resource for County Agents across the state. Dr. Bertone says that the ants that were are seeing in Henderson County are red and black Formica species which are also known as ‘field ants’. 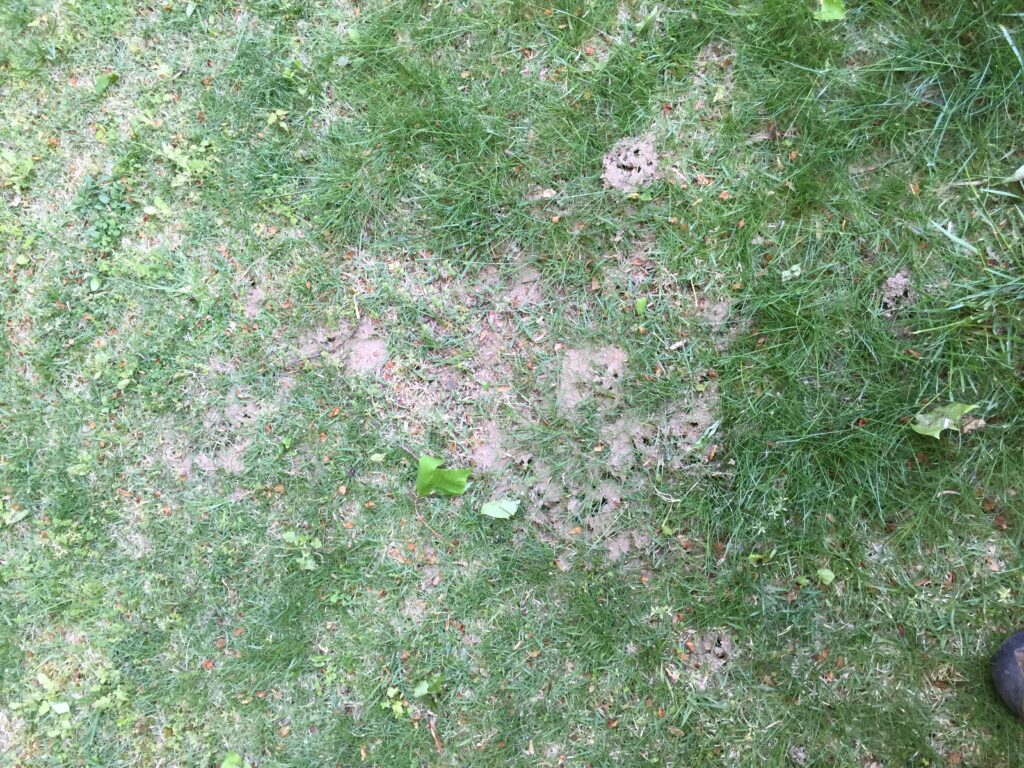 Formica ant species makes mounds of different types. The one I’m getting calls about creates a flat mound in turf and landscape areas.

According to this article from the NC State University NC Urban Pests blog, “Formica ants, often referred to as field ants, are among the United States’ largest and most common ants. Distributed throughout NC, three species make the most common list: Formica pallidefulva and Formica incerta, both rust to red in color, and Formica subsericea, black in color with stripes of sparse golden hairs across their abdomens. Field ants have polymorphic (multiple-sized) workers ranging in size from ⅛ – ⅜ inches.
Field ants are commonly mistaken for carpenter (Camponotus) ants. Both are common, medium to large in size, with one node in between the thorax and abdomen.

Field ants do not have a stinger, but instead they possess a circlet of hairs around an opening at the tip of their abdomen where formic acid is expelled as a defense mechanism. They may pinch skin with their mouthparts, and then squirt formic acid into the wound, which may feel like being stung.

They are found around structures, but do not often invade homes. They often nest in soil, but nests also may be found under lawn and wood debris such as stacks of firewood, bricks, stepping stones, potted plants, and other protected places. They may also be found nesting in foundation voids.

If control is necessary, try following workers back to their nest site. Once the nest is located, a mound drench with an appropriately labeled insecticide is an option. Or granular bait can be applied around the mound.

If ants are entering structures, a thorough perimeter treatment up and along the foundation wall an appropriate insecticide may be necessary. Treat around doorways and windows, and underneath siding.

In addition, make sure all potential entry points are sealed, especially where electrical and utility lines enter buildings. Any vegetation in contact with the foundation should be trimmed back, if possible. Reduce or eliminate sources of moisture around the structure, and store firewood, piles of lumber, and other such items away from the foundation.”

This article from the University of Kentucky states: “The ant can be controlled by direct application of a residual insecticide to the mound. A variety of products are labeled for ant control in lawns. Search the area to locate mounds. Pour in about one gallon of the diluted material per foot of mound diameter so that it soaks into the soil. Repeat the process at each mound.”
Also, baits can work to control these and other ants. Workers bring the bait back to the queen, she eats it and the mound dies.
Residual insecticides include:
Malathion
Acephate (Othene)
Carbaryl (Sevin)
Bifenthrin (Ortho Home Defense)
Bait insecticides include:
Extinquish Plus
ProBait
Advion
Siesta 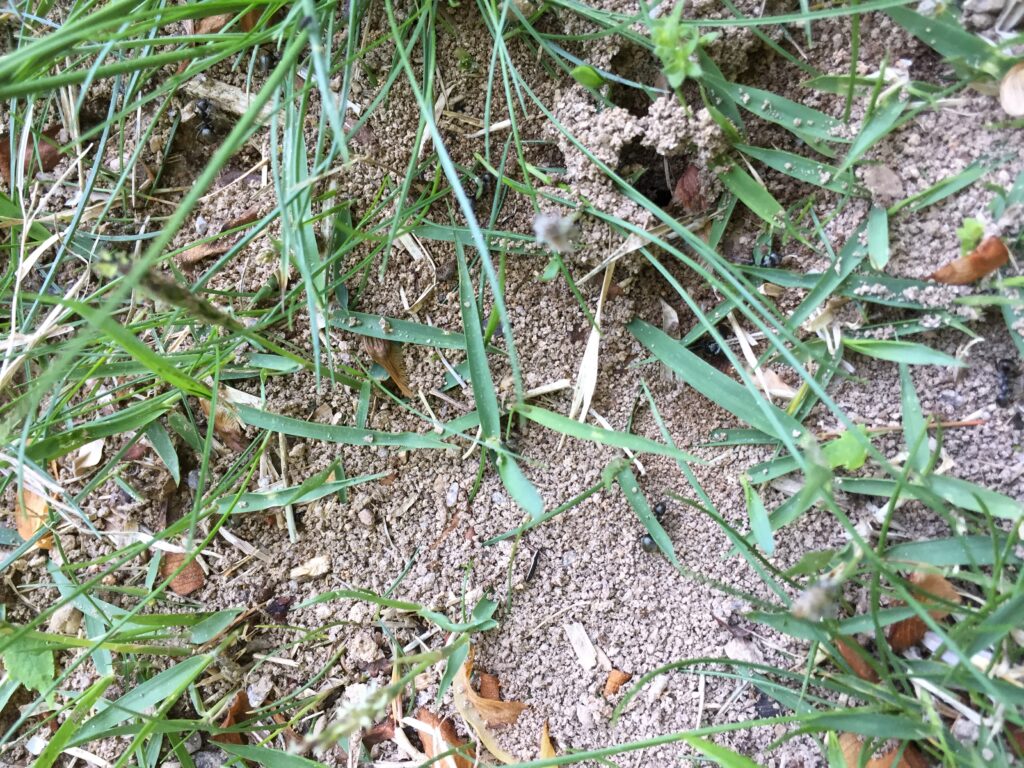