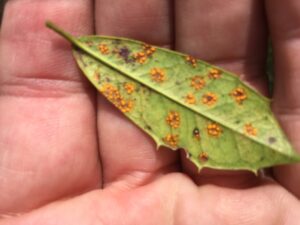 American hollies and its hybrids such as ‘Fosters’ holly are susceptible to an interesting fungal disease locally. This fungal leaf infection occurs on the underside of the leaf. These spots erupt in yellow spores in the spring of the year. Sometimes American hollies will cast off these older infected leaves in favor of the new emerging leaves.

The thick evergreen leaves of American holly and its hybrids, remain on the plant until the spring of the third year. These old leaves are hosts to many annual foliage diseases and insects. Few of these pests threaten the health of American hollies. However, these may reduce the aesthetic and commercial value of the foliage.

Diseases that attack American holly and its hybrids include 14 species of leaf spot fungi, six species of black mildews, two powdery mildews, and one rust. The most common and widespread of the leafspots are caused by the fungi Cercospora pulvinula, Phacidium curtissii, Phyllosticta opaca, and Physalospora ilicis. The rust Chrysomyxa ilicina is known only from the southern Appalachian area.

It is this rust fungus that is prevalent in the spring. Combined with
Spring Evergreen Leaf Drop , American hollies can look pretty ragged in some springs. Should gardeners and landscapers treat these plants? No, the rust disease does not harm the plant. Usually the plant recovers in a few weeks, putting on new leaves. 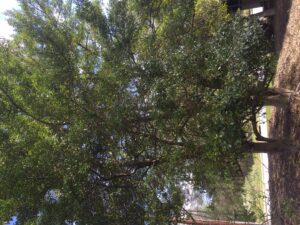 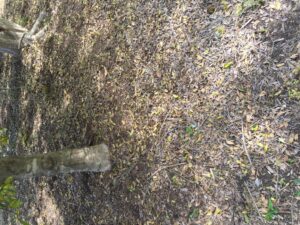 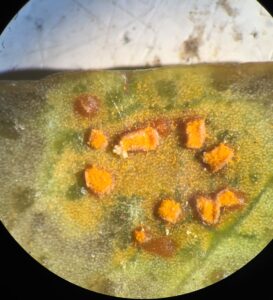 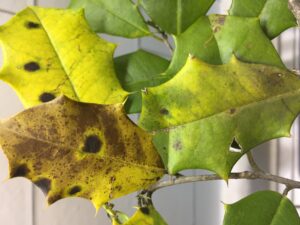 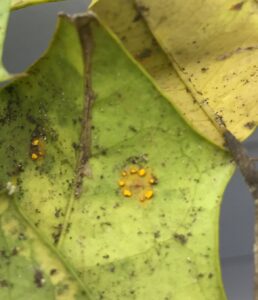 Looking for Our Email Lists?

We have a list of all of our email newsletter offerings.