Find this article at:
go.ncsu.edu/readext?761073
— Written By Steve Pettis

In general, rodents are very acrobatic. They can climb most surfaces, and make vertical jumps that are amazing for their size. Rats can leap straight up as much as 36 inches; mice as much as 12 inches.

Rats and mice are shy, but inquisitive. They initially avoid new objects, but given enough time rodents investigate every new object that shows up in their environment.

Rats and mice are nocturnal rodents, preferring to hide during the day. Mice are most active at dusk and dawn, while rats come out at dusk and head for home as the sun comes up. They don’t go full bore all night, but have multiple periods of peak activity.

Rats and mice have poor eyesight, relying on hearing, touch, and smell to navigate in their environment. These three rodents also gnaw on just about everything. It’s not a nervous habit – they must gnaw to wear down their incisors which are constantly growing. As a result, rodents damage a variety of material, including insulation, structural timbers, water lines, and wiring. 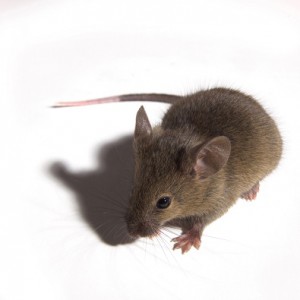 The primary rodent pest in most situations is the common house mouse, followed by the Norway rat and the roof rat.

Monitoring – Observation is your best tool in your battle against rodents. Looks for droppings, chewed items, and nests.

Sanitation – Clean areas of food waste. Move compost bins, animal feed, and any other attractant away from the home and other structures.

Control – traps and poisons are the two best control methods for rodents. Use exclusion devices to prevent accidental ingestion of rodent poison. Poison blocks or pellets should be placed in areas where rodents are present. Refresh the poison frequently. Traps and poisons can be used in tandem to maximize control.

Information excerpted from: The Essentials of Rodent Control