Hooray for Beneficial Bugs in the Veggie Garden!

Find this article at:
go.ncsu.edu/readext?713195
— Written By Karen Blaedow

Contrary to popular belief there are more good bugs than bad in the landscape. About 1% of all insect species are considered to be serious plant pests. Good bugs are often referred to as beneficial since they help gardeners keep plant pests under control. A healthy garden maintains a balance between pests and beneficial species. So get ready to roll out the welcome mat for the following insect friends: 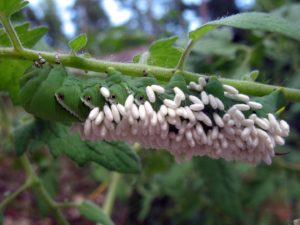 You can tell this tomato hornworm has been parasitize by tiny beneficial wasps by the silken cocoons attached to its body.

Parasitic Wasps: Parasitic wasps range in size from very small to large. They use plant pests as a food source for their young. The female wasp typically lays her eggs into host insects, such as caterpillars, beetle larvae, and aphids. The young develop on or near the host insect, killing it. You will often notice parasitized hosts with silky, white cocoons attached to their bodies. If you find a parasitized insect in the garden, be sure to leave it, so that the young parasitic wasps are able to complete their life-cycle and continue to control pests in the future. 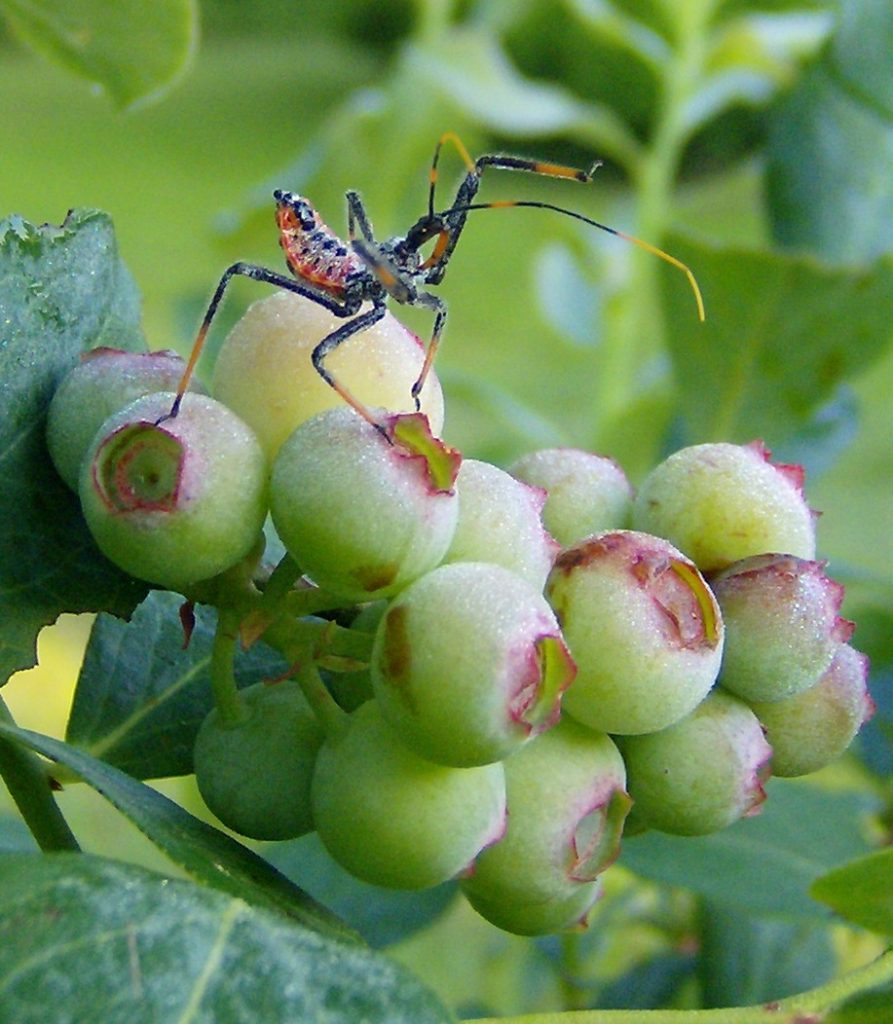 Assassin bugs are naturally occurring predators of plant pests in your landscape. They feed on a variety of pests including aphids. 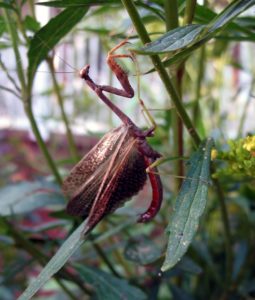 Carolina Mantid: Mantids are well known for their predatory abilities. They feed on a wide range of insects including other beneficials. The Carolina mantid is our only native mantid. The two other mantids found in our county, the European mantid and the Chinese mantid, were both introduced in hopes of controlling native insect pest populations. Unfortunately, these introductions have started to displace our Carolina mantid, therefore the purchase and release of European and Chinese mantids into the garden is no longer recommended. To encourage mantids and other beneficials, you should limit broad-spectrum insecticide use.