Thanks to thirteen hard working 4-H’ers, Eastern Bluebirds have a place to call home. In November, Matthew King and Luke Maybin, two members of the Young Naturalists 4-H Club, were introduced to a new wildlife project that could impact the local population of bluebirds. While attending the Henderson 4-H County Council meeting, they were introduced to Joe Sanders. Sanders told the two 4-H’ers that he needed help building homes for bluebirds. The twosome sprung into action.

The Young Naturalists 4-H Club met every Tuesday afternoon in January to take on the bluebird box construction project. Under the direction of King and Maybin the 4-H members built 15 bluebird boxes with the assistance of Joe Sanders. After constructing the homes they decided to locate four of the boxes inside Jackson Park. In addition to building and locating the boxes in the park, the 4-H Young Naturalists plan to monitor the bird houses to determine how many bluebirds were hatched in the homes they built. In total the 4-H Club members constructed 15 boxes that were placed in various locations in Henderson County.

Each year the Young Naturalists 4-H Club meets during the months of February through April to train for the state Wildlife Habitat Education Program or WHEP competition. The activity is intended to help young people learn about the habitats of different animals native to North Carolina. Fortunately the Eastern Bluebird is one of the animals that is part of the WHEP competition. So the 4-H bluebird box project not only helped support the bluebird population in Henderson County, but gave the students a hands-on opportunity to use what they learned. 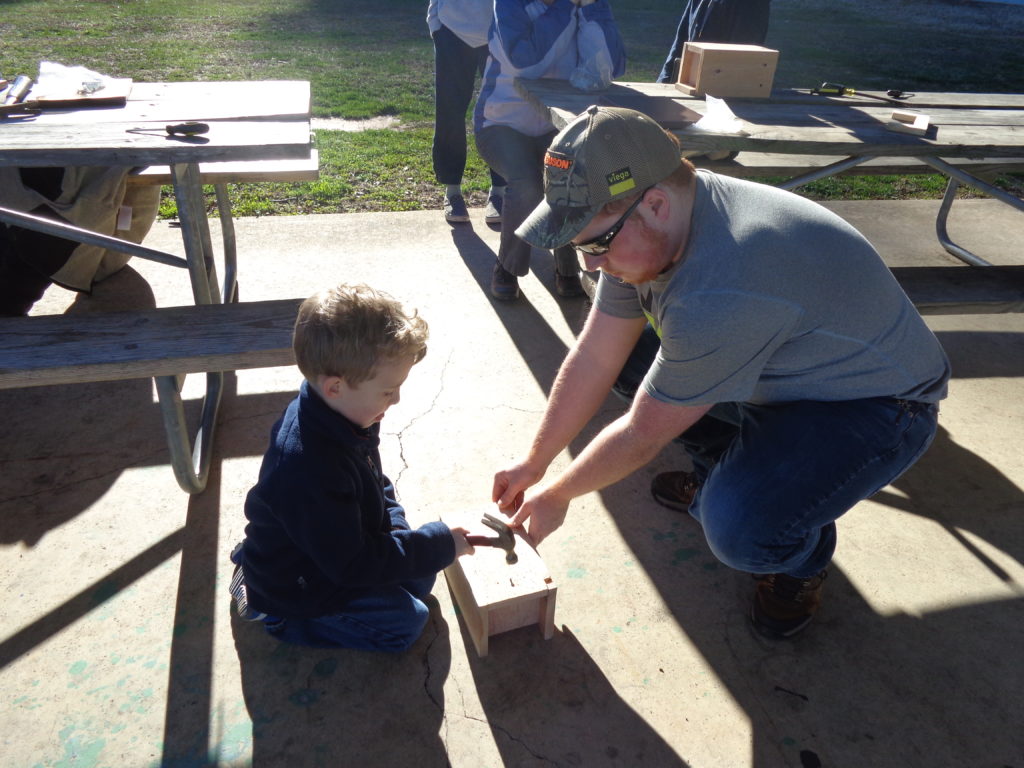